Why are we behaving the way we do?

I’d like to tell you something about behavioural safety. As a professional trainer in our industry I developed a two-day course called BBS, Behaviour Based Safety, which in fact is a voyage into oneself. The course concentrates on self-reflection and psychology because students don’t often ask themselves why they behave in a certain, sometimes dangerous manner. Neither do they often realise that stress can lead to narrowmindedness.
Ethics is a condition for safety, because it means ‘doing the right thing.’ But what happens when someone who believes he is doing the right thing is doing it wrong? People are not flawless, they make mistakes or perceive situations differently. A good start is to understand ourselves and specifically our own brain.
Different parts of the brain have different responses to decision making. Understanding that people actually have three brains might help.
1. If the decision has to do with what is perceived as danger, the first, Reptilian brain will respond fast and instinctively.
2. If the decision has to do with relationships and emotions, the second, Mammalian brain will take more time to respond based on feelings and emotions.
3. If the decision has to do with an analytical challenge, the third, Neocortex brain weighs options and demands careful deliberation.

Reptilian Brain – Instinct (survival, breathing/swallowing/heartbeat, startle response). The brain stem is the reptilian brain. It is a remnant of our prehistoric past. The reptilian brain acts on stimulus and response. It is useful for quick decisions without thinking. It focuses on survival and takes over when you are in danger and you don’t have time to think. In a world of survival of the fittest, the reptilian brain is concerned with getting food and keeping you from becoming food. The reptilian brain is fear-driven and takes over when you feel threatened or endangered. Fear is a survival mechanism. It triggers the Fight, Flight or Freeze response: faster breathing, increased heart rate, higher blood pressure and metabolism, muscle tension, dizziness, headache, alertness, improved hearing, seeing, getting stronger, faster by stress hormones (adrenaline) (these reactions are unconscious).
Limbic System – Emotion (feelings, relationship/nurturing, images and dreams, play). The modules that lie beneath the corpus callosum are known as the limbic system. This area is older than the cortex in evolutionary terms and is also known as the Mammalian brain because it is thought to have first emerged in mammals. This part of the brain, and even that below it, is unconscious, and yet has a profound effect on our experience because it is densely connected to the conscious cortex above it and constantly feeds information upwards. The limbic stem is the root of emotions and feelings. It affects moods and bodily functions.
Neocortex – Thought (including planning, language, logic & will, awareness). The neocortex is the most evolutionary advanced part of your brain. It governs your ability to speak, think, and solve problems. The neocortex affects your creativity and your ability to learn. The neocortex makes up about 80 per cent of the brain.

augustus 19, 2019
During the last eight years I have trained many marine tank storage operators on how to control the ship/shore interface and achieve operational excellence. The first thing I do is ask a simple question: are you really in control? After that I ask them ten relevant questions. Too often I come to the conclusion that full control has not yet been achieved. To control any operational or management system, the first part is to become aware about the risks and vulnerabilities of the operational system. What I observe is what is called ‘compartmentalisation’. People tend to focus on a part (their task) of the organisation. Operators do the operators’ job, loading masters theirs or management ‘manages’.  People usually look at ‘parts’ because they don’t understand the ‘whole’. If I train them to understand how the whole system should work, amazing results are achieved. I show them that if feedback (information about their responsibilities) is shared and communicated, the operations can be c…
Meer lezen 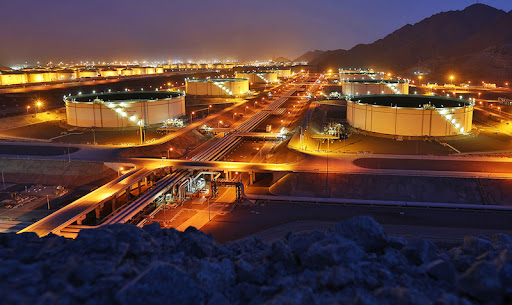 Training, reading, learning by feedback 01 FEB 2019 Share  What is in store for us this year? Can we predict what will happen? Yes we can, and no we can’t would be the right answer. As I wrote some columns ago, when we want to predict the future, we become Cassandras. She was able to foresee what would be happening merely by looking at all the facts, the circumstances, information, capabilities and intentions – but she was inevitably ignored. Our industry can also foresee that its operations and manufacturing systems can be maximally controlled by using ‘all’ information, i.e. by feedback. Training and education is what I do. I have always been very interested in companies and their employees who are somehow unwilling to read and therefore also unwilling to learn. They are making the same errors over and over, because facts are easily forgotten, overlooked or purposefully ignored because they hinder a pre-set goal. Training and constant learning are therefore requisites for any organi…
Meer lezen 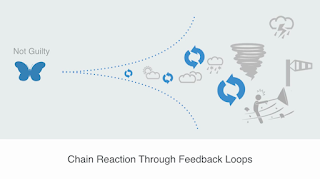 Chaos & the Butterfly Effect. When one observes the entropic, disorderly world around us, we often call it chaotic, coming from the word chaos, which from Greek, actually means ‘emptiness or nothingness of the universe, from which the Gods emerged.’ When we use entropy, meaning disorder’ we arrive automatically at the expression to describe our world as being in chaos which we all can watch in the daily news. Author James Gleick, who wrote a mind altering book named ‘Chaos, the third scientific revolution’, described Chaos Theory as a way to understand that our world is not as predictable nor as controllable as mechanistic, empirical, so called linear sciences, determine. In fact, it is the opposite of linearity which is non-linearity which I wanted to mention in this column. Our businesses, industries or organisations are often created as linear systems based on linear cause and effect expectations only. They are built along mathematical and modelling or Newtonian laws of physics.…
Meer lezen